Amazing but true, the Banana has arrived in Constanta, Romania. As the sun set on the 31st of July, exactly four calendar months after the start of the voyage in Rotterdam on the 1st of April, 2016, when in the morning, the Banana was placed in the North Sea harbour waters at the STC.BV Maritime Training Centre, the Banana passed through the final lock into the Black Sea harbour.

Read more about the arrival in the blog! 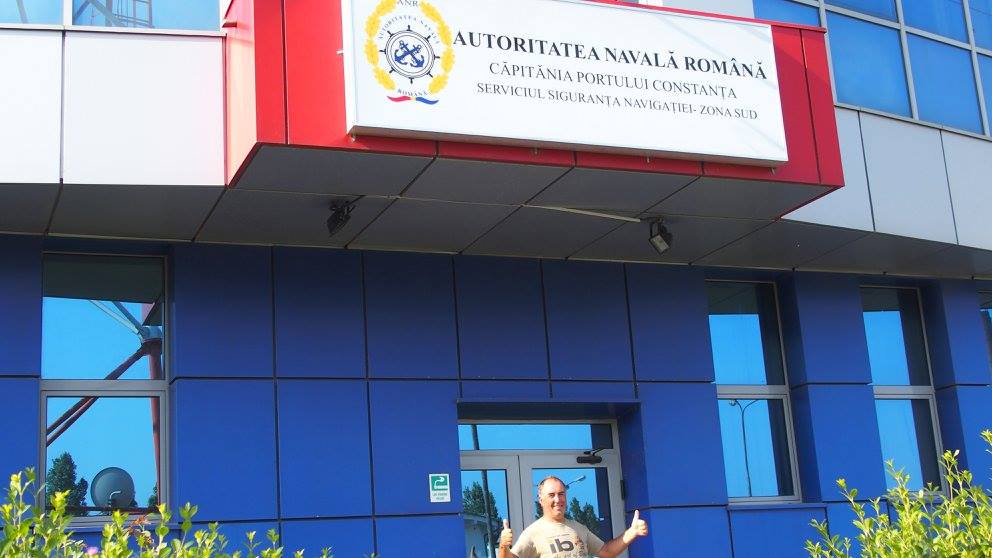 Les has arrived in Hungary! 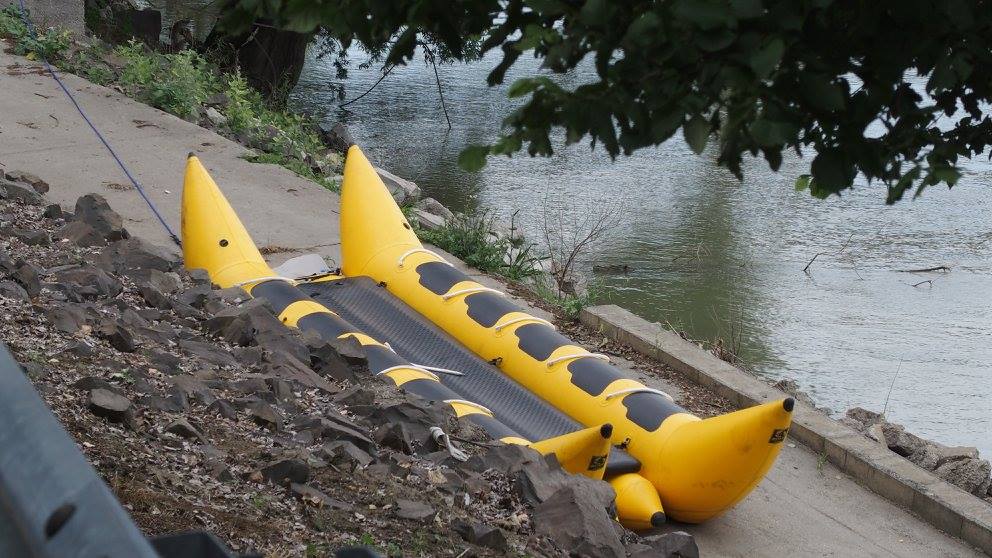 GoBanana at Frankfurt am Main

Les has arrived at Frankfurt Am Main, in Germany, on friday May 6th. 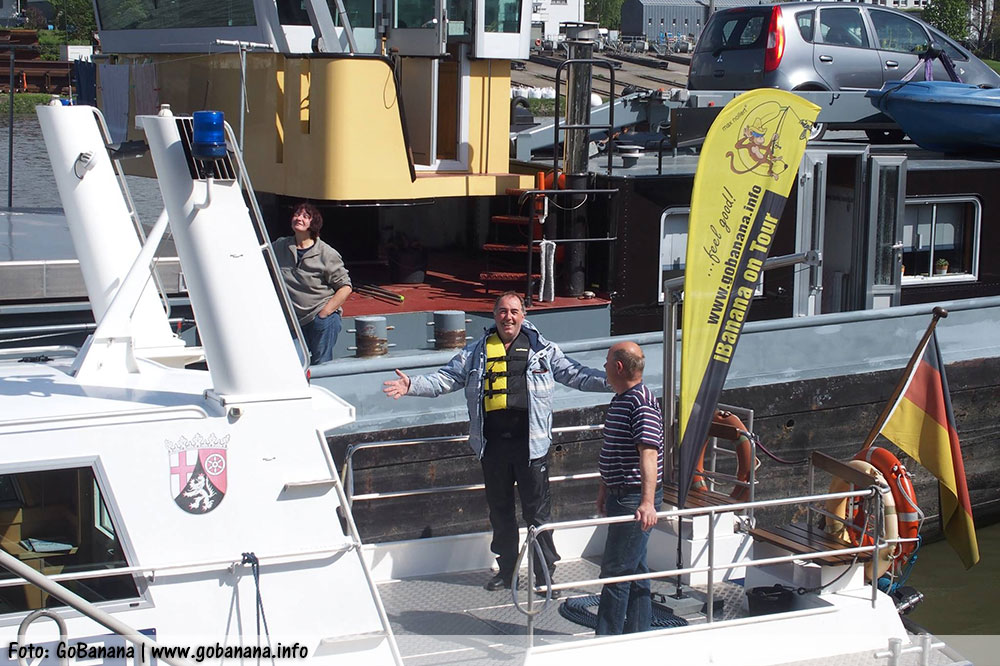 Sunday 3rd April the iBanana was on show at the Rotterdam City Marina. We welcomed many people who were filmed as part of of the event.

This was an all-day open event for the press and the public which started at 10am, lots of people came to have a chat to Les, be photographed or interviewed for the television program, which is being filmed along the route of the 4,000 km World Record voyage To Bulgaria on inland canals and the major rivers of Europe.

Stephan Brusche, Rotterdam based Doodle Fruit artist known internationally as iSteef, came among to the Rotterdam City Marina with us, for an interview with the Go Banana Project. He will be demonstrated his art during the day.

Max Nollert came with a display of the iBoat, samples of the fish baits produced by Imperial Baites, plus lots of promotional material for the coming season of fishing.  There was live music and free bananas.  With the sun shining, the wonderful hospitality of the Rotterdam City Marina and the Allure Restaurant the whole day turned out to be a relaxing day before the start of the Banana Voyage the following day.

Many thanks to all who came and those who contributed their time!

What is Go Banana?

Go Banana is a world first attempt to deliver a large inflated banana from Rotterdam to Sunny Beach, Bulgaria. The banana will cross the international watershed between the Rhine and the Danube rivers.

On our website we will keep you informed about all the ins en outs about our project.

You can also be a part the Go Banana project in many different ways! Click here to check all the possibilities.

If you would like to be involved, provide a reception in your city, town or village, be a sponsor, advertise or simply get on board the Banana please use the contact page to leave a message, comment on the blog page or simply use one of the telephone numbers to call or text.

From a discussion about making a television documentary about water, the thought came why not make it on the water? 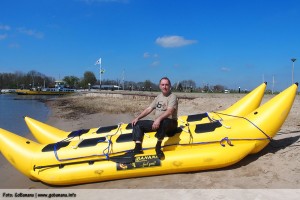 The idea processed to buying a boat and sailing it over the Alps from the North Sea to the Black sea…but what kind of boat? The price, type of boat, length, engine power, cost of fuel, courses to be done, permission to be had, mooring costs, etc. etc. all had to be considered. Strangely an inflatable banana meets nearly all the criteria because it fits none of the criteria.

As the project progresses you will find more information on this site and on the Blog page which will be updated often.

The planned launch of the Banana project is at Rotterdam Marina 1st April 2016 with the actual sailing out of the harbour on the 4th of April.

The first towing of the banana will be by Max Nollert of Imperial Fishing with his 60hp iboat.

The production video of the actual Banana boat is at the right, just click on the arrow.

The City of Linz has planned a reception for when the Banana arrives there and the Majestic Hotel, Sunny Beach, Bulgaria has agreed to be the final destination and have kindly donated a week’s stay there for me to recover from the journey.

If you would like to be involved, provide a reception in your City, town or village, be a sponsor, advertise or simply get on board the Banana please use the contact page to leave a message, comment or simply use one of the telephone numbers to call or text.