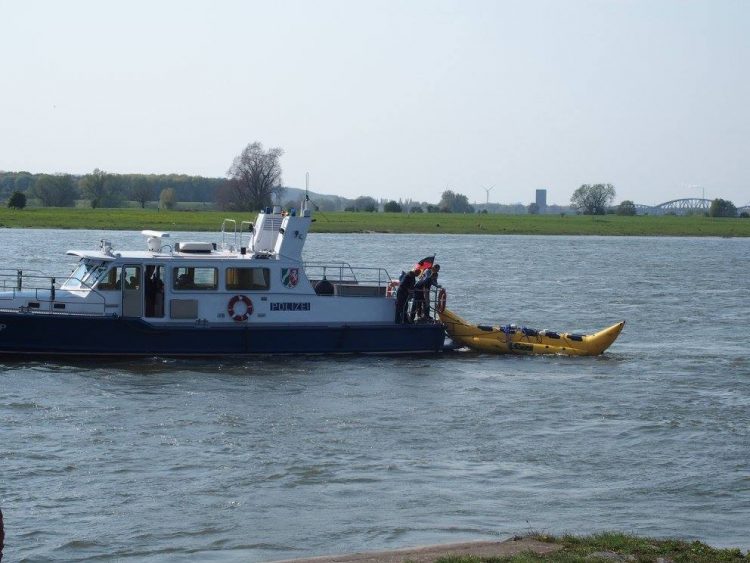 Sunday 1st of May: One month gone since setting off on the Banana voyage starting at the Marine Training Center, the STC, in Rotterdam.  I could say there has been a lot of water gone under several bridges since then.

During my driving around I noticed a tiny inlet from a dock, about one km from the marina.  I worked out where it was with the aid of a harbour map.  It turns out it is an ancient quay almost disused today.  There one pontoon floating near its entrance with an old small shipyard above on some very steep banks.  It is a sort of appendix to the next dock which is just around the headland from the marina.  I had the idea earlier to move the Banana from the marina to a ship museum in the same dock, so that I could stay in the dock and move the Banana quickly to any available ship.