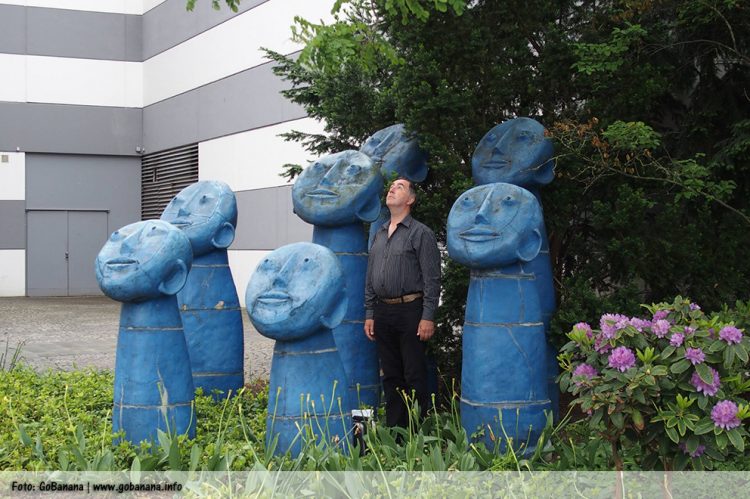 Yesterday I spent the afternoon wandering around the town of Straubing after sorting the Banana out and stopping blood coming out of my finger.  I caught up on some sleep and did a bit of tourism and some filming of the town.  There is a huge car park, free to all which is also used for the towns festivals.  I decided not to park there for the night as the local hot rods use it as a race track, driving around without an exhaust to attract young women who are not interested in idols posing in a resprayed banger with Abba blasting from open windows.

Although here it is more like Porches that are making the racket with real engines one board.  I found a quiet car park near a holiday park and had a good night’s sleep for a change.

I came back to the huge car park this morning to attempt to get the Phantom 3 drone in the air.  I simply have not had the time to read the instructions, which are very basic.  Before I left on the journey I watched many instruction videos of varying usefulness; but they were not official videos done by the Dji and the information was incomplete.  In the weeks leading up to the start of the voyage I never got to do more than open the box and see that my table actually worked to the point of being able to see through the cameral on the drone.   Today was a milestone, with no hitch hiking to do and good weather coupled with a wide open space and some spare time the Phantom was a go.

After breakfast I re read the instructions which kept referring to using the internet to get more information, not possible for me.  I set up the connections and made sure the batteries were all charged.  Then switched everything on.  Everything worked except it would not take off.  I wanted to use the beginner mode but something was wrong with the GPS system and the gimbal on the camera was not doing what it should.  In the end, after another three hours of tapping the tablet the motors ran.  I had gone back into the motorhome as the sunlight was so strong I could not read the display.  On the table I had removed the blades.

When the motors responded to the joystick I switched them off, gathered all the bits, put the propellers back on and went outside to find it would not start again.  An hour later, the motors started again, I have no idea what I had done differently but this time, not in safe mode and no GPS, even though there were 17 satellites showing, I launched the aircraft to about 2m above the ground and checked all was working by letting it stabilise itself, which it did.

With all looking good I throttled up and had some real fun flying the drone back and forth.  It responded exactly to my adjustments and I switched the camera on to take some video of the carpark and town on the other side of some trees.  I brought it back for a landing in front of me, with no problems and took off again for another tour.  The second landing was also fine, and as I had turned off the beginner’s mode I decided not to use the auto landing button in case the GPS or other automatic things were not on line.  In the end I don’t see why there is a need for auto landing/takeoff as I found it very easy, being that the aircraft is very responsive to commands.

I had a look at the content of the video and was pleased, except for the colour of the video itself.  The video had a blue hue to it and I wondered if it was due to the intense sunlight or, I remember seeing an instruction video where they mentioned they used a filter all the time.  With no internet available unless I walk into the town, I will have to wait for a cloudy day.  Over all I was please I had not crashed the thing into the nearest tree and I had the feeling that I should have used it sooner.

To congratulate myself I decided to go into the town and have a word in the town hall to see if they will let me file the main square.  Not that I care if I do or don’t, I just want to see what they do when faced with a question like that.   It turned out the town hall and all the shops were closed because it is a national holiday today.  Only the ice-cream restaurants and cafés were open so I had to have a strawberry ice-cream calorie bomb with extra cholesterol on.