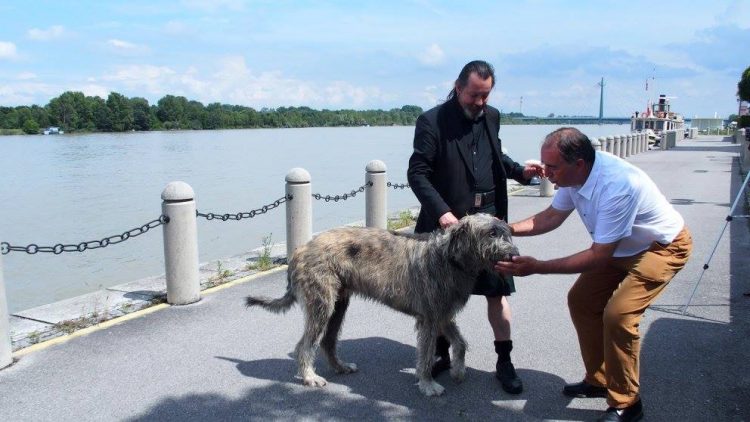 No ships in sight on the quay.  The river was still high, and the water was running swiftly making the small boats on the other bank look as though they were moving.  Ducks that landed on the surface of the river floated past at about 7km/h; a fast walking pace.  I finished my leisurely breakfast and formulated a plan for the day.  I would infiltrate the Hilton and see if I could get permission to film inside.  The approach would have to be carefully planned and I dressed for the occasion; my smartest casual shirt and trousers far too warm for the weather.

Starting with the reception staff I persuaded them to call the general manager.  He was curious about the voyage but was not sure what I wanted to do.  He listened intently and then said he would pass this higher up, and instructed me to come back the next day and talk to him again to see if the HQ would be interested.  Happy with this I went off to the marina and restaurant to see if there were any boats going anywhere further then a 1km run up and down the river.

Virtually no one was there along the jetties and those who were involved themselves with BBQ’s or sitting in their boats; smoking and looking at the other boats.  I had a beer in the marina restaurant, spoke to no one and returned to the quay.  I decided to make some video shots around the hotel along the public areas.  In doing this several people stopped to ask what I was up to and I had an excellent interview with a man and a woman with an Irish bloodhound.

The man was wearing a kilt, and turned out to be a Wicker.  They left and I returned to the large camera to continue filming when I saw a medium sized sport boat speeding along with a large inflatable Banana in tow.  I managed to film its passing with two cameras at the same time.  As it drew level with me I could clearly see it was the river police. I called out to them, they saw me and slowed down, then decided to set off again when they heard my poor German / English accent.  They sped off upstream; one of them making a dismissive gesture at the cameras, and went out of sight.

I thought they would enjoy having the Banana for a day or so, and decided to go let them keep it safe whilst I went off filming further away; which is what I did the next day.  Back to the marina to see if anyone had turned up, met and had a beer with an Austrian couple who thought the whole police boat thing was very funny but also thought it would cost me dear.

I went for a walk right along the river bank until I reached the Banana, which was tied up next to the police boats.  I had a text from the couple I had interviewed (the kilt man) saying they had seen the Banana go past and recognised it be mine.  They invited me to join them for ‘After shock cocktails’ but by the time I found their gallery they had gone. 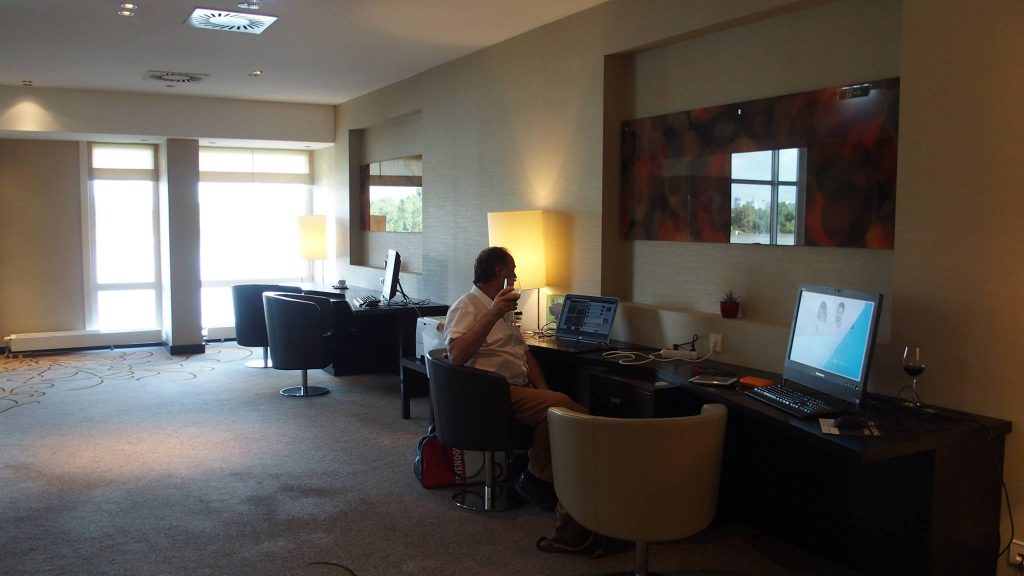 So back to the Hilton to use their computers and tell the world of the fun I was having.  Bed.